Your Aircraft Sales and Acquisition Team. 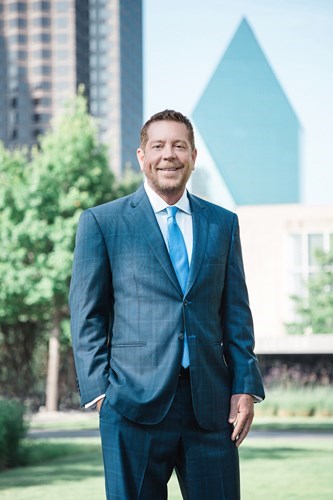 Brad Harris is founder and CEO of Dallas Jet International.  Brad holds a Bachelor of Science Degree in Professional Aviation and Airway Science and a Masters Degree in Industrial/Organizational Psychology from Louisiana Tech University.  Mr. Harris entered the aviation industry in 1989 as a corporate pilot for a Fortune 500 corporation.  In 1993, he started a successful aircraft leasing and renting company that expanded to a successful aircraft management company in 1994.  In 1993, Brad began his aircraft sales career and, in a very rapid fashion, became one of the most highly respected aircraft brokers in the World.  In 1994, Brad started an aircraft sales, consulting and brokerage company that is known today as Dallas Jet International.  Brad is a current airline transport pilot who is type-rated in ten (10) different jet aircraft including the Gulfstream 550, 450, 350, GV, GIV, GIII, GII, Hawker, Falcon, Citation, Beechjet, Lockheed Jetstar II, Diamond Jet and King Air 300/350.  In the many different aircraft markets, Brad parlays extensive hands-on knowledge and experience into clear results for his clientele.  In addition to Brad maintaining a career focus on aircraft sales, he also has extensive experience in aviation consulting and management.  Included on his client list are several clients for whom Brad and his firm have set up flight departments, consisting of aircraft crewing, aircraft management, aircraft maintenance and aircraft operating budgets.  What most people do not know about Brad is that he possesses significant entrepreneurial experience in real estate and commercial insurance.  This business experience, combined with his unparalleled experience in all facets of corporate aviation, has been the foundation of success for Dallas Jet International and its clients.   Brad currently sits on the Presidents Advisory Board at Embry-Riddle Aeronautical University, the Board of Directors at National Aircraft Finance Association (NAFA), the Customer Advisory Board at CAE Simuflite and is the Chairman Emeritus of the National Aircraft Resale Association (NARA), currently known as the International Aircraft Dealers Association (IADA). 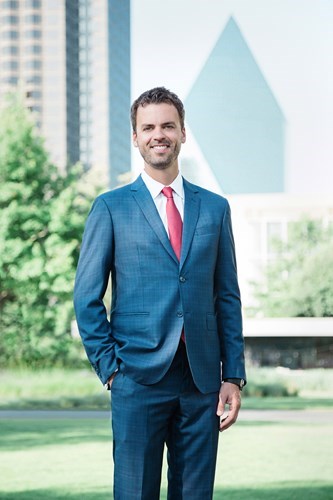 Shawn Dinning is currently Senior Partner at Dallas Jet International. Shawn acquired his formal education at the United States Air Force Academy in Colorado Springs, Colorado, in the areas of Operations Research and Management Science and also holds a degree in Aeronautical Science from Embry-Riddle Aeronautical University. Shawn brings 20 years of aviation experience from a variety of aviation disciplines, including FAR 91, FAR 121, FAR 135, defense, and shared ownership sectors. A former full-time professional pilot, Shawn holds a current Airline Transport Pilot (ATP) certificate, and is type-rated in the Gulfstream V / G550 / G500 / G450 / G400 / G350 / G300, Bombardier CRJ-200, and Citation 510 Mustang. He has logged over 5500 flight hours, with 3500 of those hours in corporate turbine aircraft. Shawn has been consulted in publications such as Business & Commercial Aviation on various issues related to turbine aircraft transactions.  Shawn brings to Dallas Jet International a rare and highly valuable skill set of operational and businessacumen, and has become a leader in the professional marketing and procurement of corporate turbine aircraft all around the globe. He also specializes in aircraft mission analysis, aircraft valuation, and cash flow and operating cost analysis for private aircraft owners. Shawn has a track record of successful transactions that is well known amongst his clients and colleagues. His reputation for intelligent and meticulous management of aircraft transactions have made him one of the most respected aircraft brokers in the industry 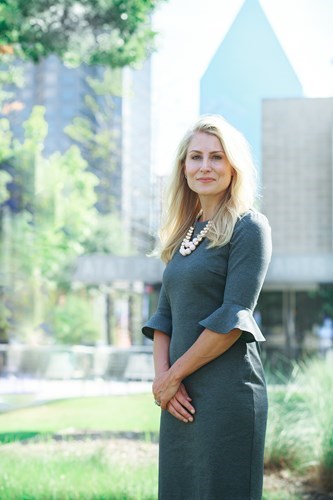 Gretchen Braley is the Director of Sales and Acquisitions at Dallas Jet International. Gretchen holds a Bachelor of Science degree in Aerospace Engineering from the University of Wisconsin-Madison. She began her aviation career as a system engineer for NASA on the Space Shuttle program, where she worked on the Return-to-Flight effort after the Columbia disaster.  When a successful return-to-flight was accomplished with the launch of Space Shuttle Discovery, Gretchen moved into the defense industry as an engineering manager on the F-35 production line at Lockheed Martin Aeronautics. With the F-35 program in its infancy stages, Gretchen helped shape and design the efficiency and flow of the first fighter jet moving production line, allowing her to quickly become an expert on everything airplane.  After spending several years in an engineering role, she took her aircraft technical knowledge and moved into aircraft sales on the F-16 program.  There she spent almost a decade consulting potential foreign and domestic buyers and users to assist them in purchasing the most appropriate aircraft fleet and configuration for their mission and budget. She was a company leader in analyzing market trends and estimating the true value of various aircraft configurations and their associated maintenance requirements.  Her aircraft technical expertise and successful track record of negotiating complex aircraft deals made her transition to private aviation a natural and exciting one.  Gretchen brings to Dallas Jet a rich knowledge and enthusiasm in aviation and an astute ability to identify customer requirements and produce results; her primary focus is to be a valuable resource to her clients in the aircraft buying and selling processes. 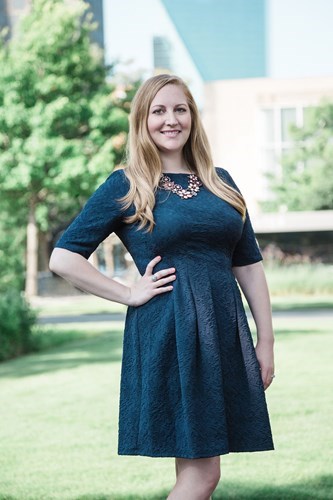 Heather Croker is the Director of Corporate Operations and Transactions at Dallas Jet International. After receiving her BBA in Marketing from Tarleton State University, Heather began her career in corporate aviation as a flight scheduler and executive assistant. She has extensive experience in domestic and international corporate travel with a variety of aircraft.  Since 2005, Heather has worked closely with CEO, Brad Harris to expand her knowledge in the ever-changing world of aviation. Heather fills a pivotal role within the company as she oversees virtually every aspect of the firm’s day-to-day business objectives, including the company’s accounting tasks and contracts administration. Throughout the acquisition or sale of an aircraft, Heather acts as a liaison between aircraft brokers, clients, escrow companies and lenders. Heather manages the correspondence and deadlines in each transaction from start to finish. A native Texan, Heather lives in Fort Worth with her husband and young daughter. She enjoys time with her family, live music and is an avid fan of the Texas Rangers and Dallas Cowboys. 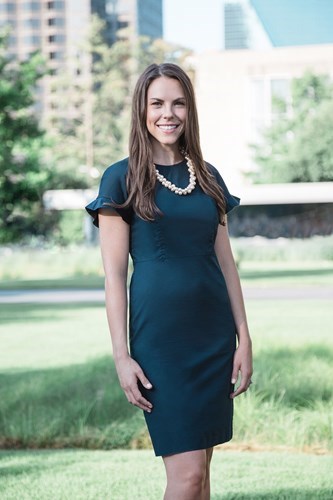 Brianne Konkle is the Director of Marketing and Client Relations at Dallas Jet International. Brianne holds a B.S. degree in Apparel Studies from the University of Arkansas, and has over ten years experience in visual brand management and client relations.  Before entering the aviation industry, Brianne worked for big box retailers as a branding creative and launched several regionally successful visual marketing campaigns that served as a springboard for retail success.  Brianne has become an invaluable asset to the Dallas Jet International team by taking her visual branding expertise and seamlessly applying it to the world of aviation.  In addition to her marketing responsibilities, Brianne plays an integral role in client relations by guaranteeing every client's brokerage experience with Dallas Jet International is as luxurious as the aircraft they intend to buy or sell. Brianne lives in Dallas with her husband and son. In her spare time, Brianne enjoys volunteering through her church and within the Dallas/Fort-Worth community. 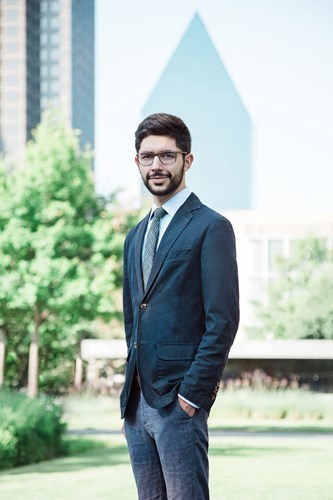 Brent Pinero is the Director of Market Intelligence at Dallas Jet International. Brent holds a B.A. in Economics from the University of Texas at Dallas and has over five years of market research experience in multiple industries and disciplines. Before entering the aviation industry, Brent worked as a policy researcher for the economic policy think tank the NCPA (National Center for Policy Analysis) where he wrote and researched for multiple scholarly papers regarding U.S. federal policy towards foreign economic development. In addition to his work in academia, Brent has worked in the commercial real estate industry for four years as both a forecasting analyst and a financial analyst where he provided microeconomic and macroeconomic market analysis for a broad range of commercial real estate assets and markets. Brent’s research tenacity and analysis capabilities give Dallas Jet International a leg up in the competitive business jet market place, and enables DJI to continually find the best aircraft in both price and quality for its clients.

Rob Kelly is Vice President of Management and Training at Dallas Jet International, LP. Rob received his Bachelor of Science Degree in Aviation Science & Business Management from Salem State University. His entire 20-year aviation career has been in the corporate aviation sector, specializing in corporate flight department management and consulting, spending 15 years as Director of Aviation in corporate flight department for professional MLB Baseball, NHL Hockey and European English Premier Soccer Teams. Rob holds a current Airline Transport Pilot (ATP) certificate, and is type rated in the Gulfstream 550, 450, 350, V, GIV, GIII, GII, Learjet and Citation 550/500 aircraft. He has logged over 10,000 hours in corporate turbine aircraft and currently flies over 350 hours annually on the Gulfstream 550 & 450. Along with a solid aircraft sales and management background, Rob was instrumental in forming Dallas Jet Internationals, Crew Sourcing and Training Division. As Managing Partner along with Brad Harris in the Crew Sourcing and Training Division, Dallas Jet International, LP has secured a long-term contract with the leading crew training provider. Rob oversees Dallas Jet International's network of over 190 pilots, mechanics & flight attendants, spanning over 36 managed flight departments. Rob's integrity and passion to put the client first, is what you can expect and receive from Dallas Jet International.

Gil Rodriguez is one of the most talented experts in the world of aircraft maintenance and technical consulting.  Gil’s primary role at Dallas Jet International is to oversee all phases of the pre-purchase inspections and technical evaluations that our client aircraft are undergoing.  Gil is certainly our firm’s most valuable asset in mitigating the risk that comes with an aircraft pre-purchase inspection.   Throughout a career spanning over twenty years in the arena of corporate aviation maintenance and technical operations, Gil has been noted for being highly knowledgeable and unshakeable in demanding the finest maintenance and  technical oversight for those employing him.  His considerable experience includes hands-on maintenance and supervision of a multitude of aircraft models, including Cessna Citation, Gulfstream III, Gulfstream IV, Gulfstream V, Learjet 20/30/50/60, Hawker 700/800, Falcon 20, Falcon 50, JetStar II, and King Air 90/100/200/350 aircraft.  Gil is currently Superintendent of Aircraft Maintenance and is responsible for and maintains a Gulfstream IVSP, for one of the most successful companies in Texas.  He currently works on a Gulfstream V.   As a member of the National Business Aviation Association (NBAA), he values continuing education and has diligently maintained his schooling in some of the finest maintenance-training providers in the world, including Flight Safety International and CAE Simuflite.   Dallas Jet International clients can rest assured that the aircraft asset which they are buying, selling, or appraising is being scrutinized and protected by one of the industry’s best technical professionals.